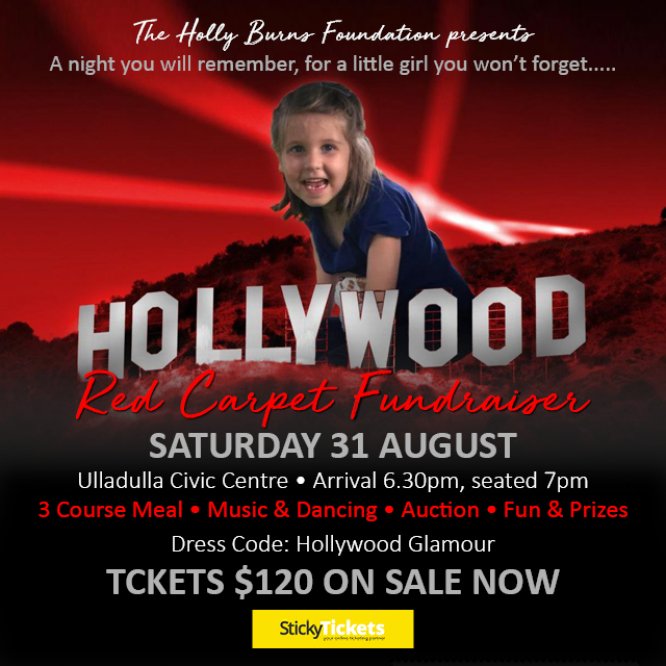 The Holly Burns Hollywood Fundraiser is the hottest event on the South Coast this August. Don't miss your chance to dress up in your Hollywood finest for this Red Carpet Night at Ulladulla Civic Centre on 31 August 2019, 7.00pm-11.30pm for a three course meal, music, dancing, over $15,000 worth of prizes in silent auctions, raffles and best dressed! At only nineteen months of age, Holly was tragically diagnosed with an aggressive terminal illness called Vanishing White Matter Disease; a rare and degenerative brain disease, and the aim of the night is to raise money to support Holly and her parents, Amanda and Daniel Burns, with the cost of medical equipment and modifications to their home and car to cater for a wheelchair and other aids Holly will require. The average life expectancy of patients is 5-10 years, although Holly's parents have been told this may be less due to Holly showing symptoms so young.

Tickets are selling fast at $120 per person and include a three course meal, entertainment and more. 18+ years. So jump online now via Sticky Tickets.

Check out the list of businesses who have kindly donated to this fantastic cause at www.hollyburnsfoundation.webs.com